The piece develops in an interference line the between the arquitecture which is present and sequencial time in which it is involved. The house posseses an important significance as the limit architecture: it is on this limit that the work develops. The blue light fills a space set aside by  the limits of archuitecture between the day and the night. The day’s blue enters the house flooding it in its two elements, air and sea. By late afternoon, the change  which institutes the night is used by the artist to fill the house with the vibrations of time, which runs over all the volume limited by the arquitechture. Real time, the time which belongs to us, that time which we will never be able to grab and it slips through our hands, is linked to the installation “Blue di Capri” through the images taken inside Malaparte House during the realisation of the project. The real and the imaginary are mixed in the in the images brought about by the artist of the installation himself.

During the installation period, the surfaces of the vacuums defined by the windows where illuminated with the blue colour of neon lights. For the realisation of the photographs of the interiors, seventeen clocks were used which were placed throughout the house in order to question the positioning of the time of the mentioned architecture. 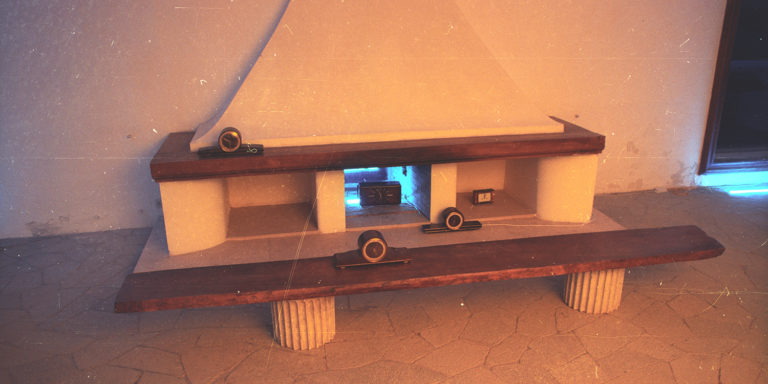