The words Visible and Invisible appear on both sides of the Santa María bridge, placed so that they can be read independently in the central spans of the bridge. A blue stripe crosses the bridge from side to side, giving it a new view at night. The image of the bridge illuminated with the two words that floats in its reflection in the water between the visible and the invisible, lead us to imagine the whole history that through the buildings, churches and cathedral is read in the city of Burgos. A city that floats in the imagination between the real and the unreal. The installation contrasts the vision of the bridge between day and night; retaking a previously invisible image and now appears to us as a bridge to cross the ideas. To enter into the world of the magic of the images that appear and disappear. 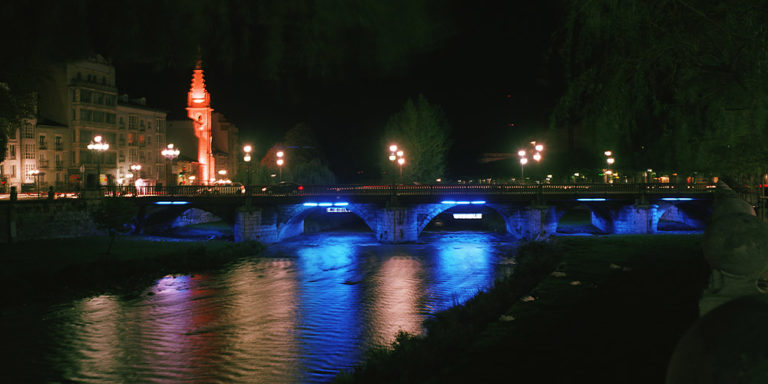